I don't know about your kids, but mine has begun making his wishlist and I wanted to share what my little geek is most excited about this holiday season.

Many of you have probably seen (or at least heard about) the newest Disney movie, Big Hero 6. Well, it wouldn't be a holiday movie release if it didn't also have awesome toys to go along with it. Bandai has released a collection of action figures and you can choose your favorite heroes, use their special powers, and save the world from evil villains. 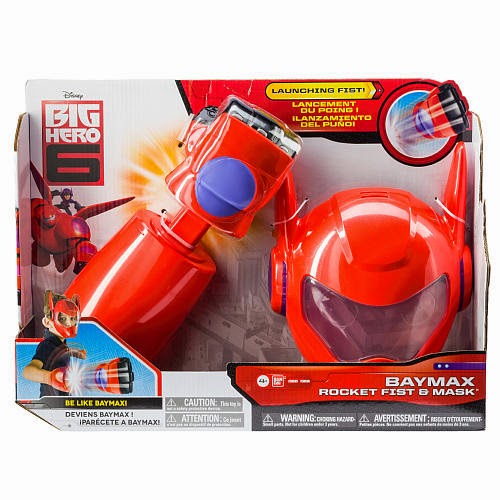 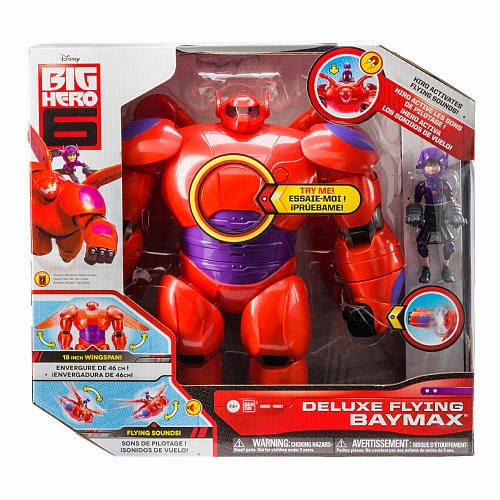 Bandai has also released the Baymax Rocket Fist and Mask Set.  My son is begging for this one. He loves to dress up and play the part.  I can see the fist flying through my house now. The flying fist is made of a soft material keeping it safe for kids to play with. 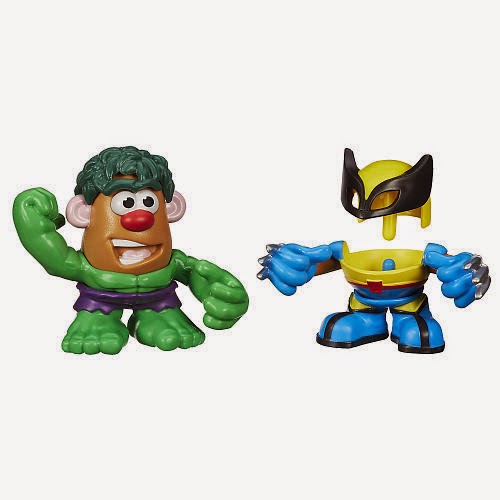 My son is a HUGE fan of all things Superhero (Marvel in particular) and the Mr. Potato Head Mixable Mashable Heroes have made this year's list.  He has always liked creating his own silly faces with the original Mr Potato Head, and we have even added some of the the Star Wars Taters to the collection, but these little guys mix the fun of Mr. Potato Head with Marvel parts to create Wolverine, Hulk, Captain America, Spider-Man, Iron, Man and more.  They are sure to be a hit in any home with a Superhero fan.

Not a superhero fan, you can always try these awesome Dr Who themed Taters too!

The last "Toy" to make the list so far this year is also video game based.  My son loves Mario and he LOVES the Mario Micro sets.  He would like more for Christmas :O)

These are all fun toys, but what has my son the most excited this year is the release of Skylanders: Trap Team.  He spent a good portion of last year collecting, sorting, and playing Swap Force and now he's gearing up for the newest set.  He even took the initiative to write his own list to Santa and I was very proud of his 4 year old Handwriting.  Bonus Handwriting practice!!

I have to admit, I was not sure about him playing this game.  I knew it had a heavy monetary investment.  The first game was given to him as a birthday gift and he had so much fun with it from the start that I just couldn't say no.  It has also become a special father/son bonding time that I think is well worth the money in the end. 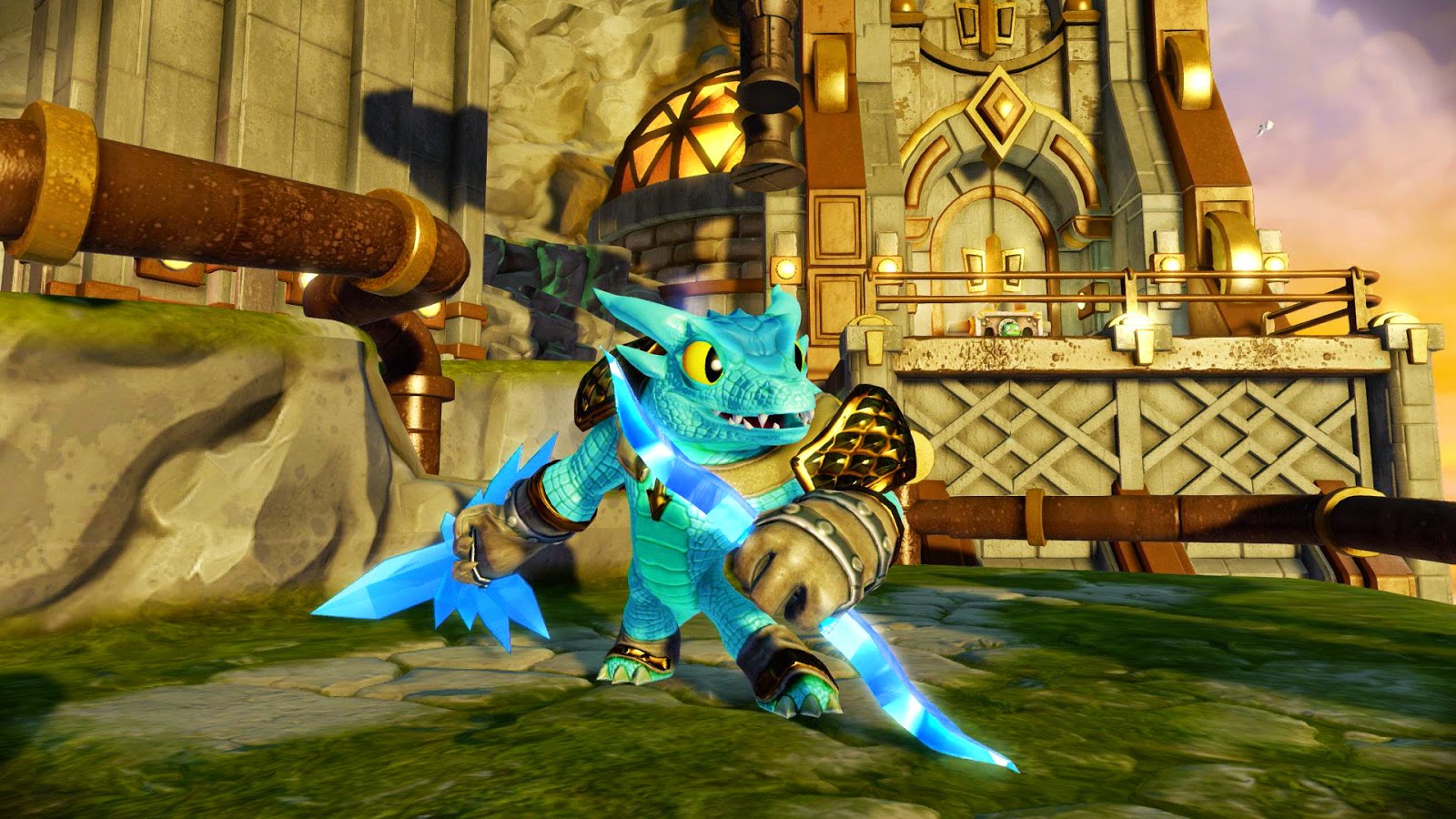 Now, In order to reduce some of the need for him to own everything all at once, we did institute a sticker chore chart.  He can exchange his stickers like cash for things he would like to own and it's been great.  Over time he has begun to understand that things cost money and it has taught him the value of saving.  And the two things he saves and uses those stickers for more than anything else, Skylanders and Board Games!

My son was born into a house that loves board games.  In fact, his father owns three retail stores and publishes his own games.  Logan is only 4 and has already been to Gen Con and Pax East.  He is no stranger to the world of Games.  That being said. This is his list of board games for 2014.

King of New York:
King of Tokyo was such a hit, that it is no wonder that it is first on the list.  Oh, and he beats me every time!

Ravensburger Labyrinth:
Yes this is an older game, but he has just learned to play Enchanted Forest and this is a great companion game.

Firefly Yahtzee:
OK, so this is not on his list, but it is on MINE! and what kid wouldn't want to own a replica of the Serenity that is also a dice cup? 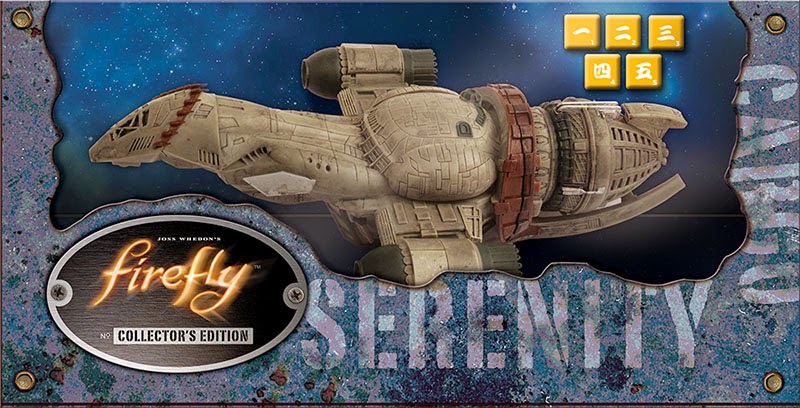