Hands On Impressions: The Adventurers: The Pyramid of Horus

Deep in the desert lies a newly discovered pyramid.  You are one of eight skilled adventurers daring enough to explore its secrets within.  The question is, will you make it out alive???

Filled with mummies, snakes, scorpions, and Egyptian Gods, The Adventurers: The Pyramid of Horus takes you on a new adventure into perilous conditions.  This is the second in the Adventrurers series with eight new characters and a new set of dangers to avoid.

If you recall, The Adventurers: The Temple of Chac presented players with a rushing river, lava pit, and a Giant Boulder!  So naturally, I was excited to try this new standalone version.  Like The Temple of Chac, you control an adventurer attempting to gather valuable treasure before becoming trapped within.  In this scenario, the Pyramid is crumbling and the ceiling is caving in.  You never know which ceiling block will fall, and if you are not careful, you may become trapped inside forever.  The further you explore, the more valuable the treasure becomes.  As you gather more and more artifacts, your backpack gets heavier and heavier, making it harder to move.  Also, with dangers lurk around every corner, the sting from a nasty scorpion or the strike of a venomous snake could slow you down even more!  Gather what you can and get out alive!! 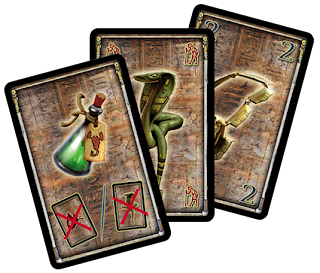 The Good
*The game feels very much like the first Adventurers and makes learning the rules a cinch.  We read the rules, set the game up, and were playing within 10 minutes.  (There were a few times we needed to check the rule book during play, but not many)
*The components are a nice quality and the board draws you in visually.  I especially like the feeling the blocks give to the game as they begin to fill up the space and you realize that time is running out!
*The game plays in about 45 minutes making it a great choice for family game nights or gatherings. And bonus! You can talk to your kids about the Egyptian Gods, pyramids, etc and get a history lesson in as well ;0) 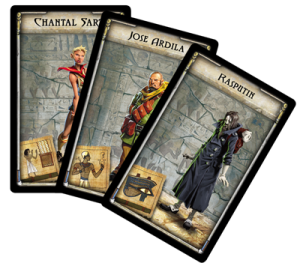 The Not So Good
*The game doesn't draw you in the same as The Temple of Chac.  There is a distinct path in the first game.  In this one, you go out the way you came in.  Something about that made the game feel less exciting.
*All of the cards do not fit on the board.  I understand that a board can only be so big, but when all the gods cards have nice spots accept one, that seems a little odd and sloppy to me.  It doesn't really affect anything though.
*Once you've played the game, you know the strategy and where to go.  There seems to be less mystery in this version.  There are no puzzles to solve and I think if I was given a choice to play on or the other, the Temple of Chac would win every time simply because it has more replay value. 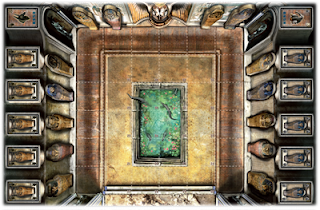 All in all it is a good game that was worth a try, but perhaps not worth a permanent spot on my game shelf.